On the Leonard Lopate Show 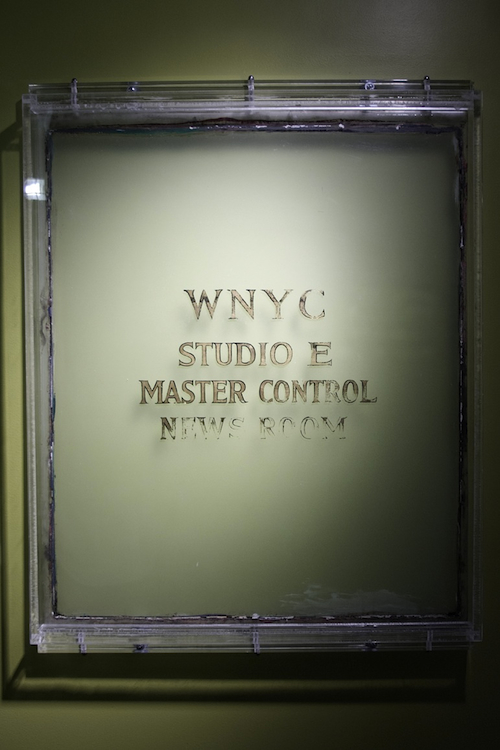 This morning I was on The Leonard Lopate Show. “Don’t be alarmed when you go in and he’s not there,” said Melissa Eagan, the executive producer. He wasn’t. Microphones, office chairs, and coffee how I like it. I sat and waited.

A minute before air, he rolled in and took his seat. What is Leonard Lopate like in flesh? He gives off a force field of imperturbability. This guy is in control, like you could tell him that you’re actually an alien from a conquering planet, peel your face off, and he’d blink and nod: “So tell us about this planet.”

He asked about all the right things, and on my side I tried not to say “um” too much. At the end I shook Lopate’s hand and Melissa took me around the corner to peer at an old original studio window hanging in the hallway (see top). “This is a relic,” she said. “It’s been at WNYC since the twenties.” The window goes back to the station’s earliest days on the 25th floor of the Municipal Building; WNYC archivist Andy Lanset suspects it was repainted and relettered during a WPA-funded makeover in 1937.

I’ve become the guy people want to show this kind of stuff to, and I like it.