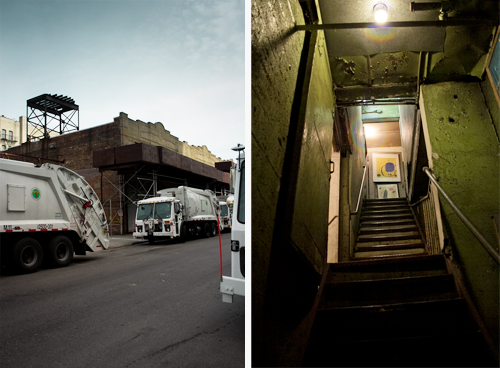 The place on the left is E. 99th Street at First Avenue. Those are garbage trucks: the brick building is a Sanitation Department depot. But it’s a depot unlike any other in the city, and to find out why, you have to poke around until you come upon the place on the right. This otherwise ghoulish iron stairway is your rabbit hole to a vast trove of art.

The “art” you have to take in context: everything here on the second floor is, strictly speaking, trash: it was tossed, deliberately lost, discarded, left on the curb. But then along came a garbage man, and he decided the discarder was wrong. Yes, garbage men are the ultimate arbiters of value in the city, and they grant reprieves. As powers go, this one is pretty great. 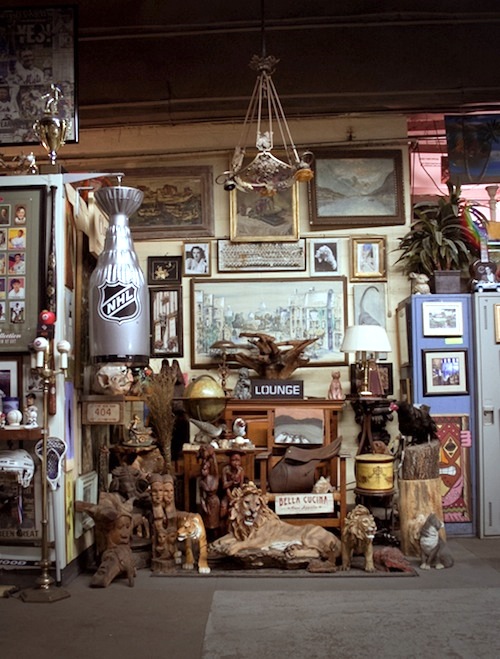 The garbage museum has been slowly amassing its collection for a couple of decades now. The building is supposed to be off limits to civilians, but when I asked the guys in sanitation green standing out front, one shrugged, “It’s not for me to tell you where you can go and can’t go.” What I know is: nobody kicked me out. For more on the space and Nelson Molina, the guy who started it all, try this article in the Times.

Top prize in my book for trouble and mystery: Dog No. 34. 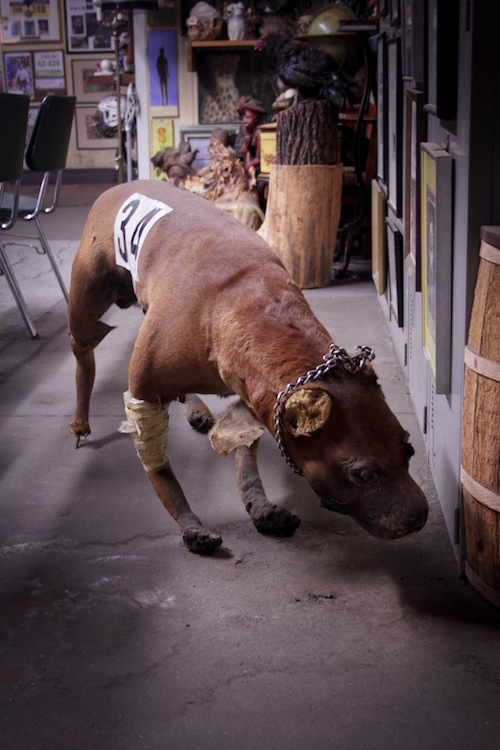