After collecting real New York City fossils I checked out some of the ones you can see hanging around Manhattan. In the lobbies and window frames and columns of buildings: weird beasts frozen forever in limestone and marble. These urban fossils ring all of my cherries: it’s science and architecture and hidden treasure and the deepest, strangest kind of history. 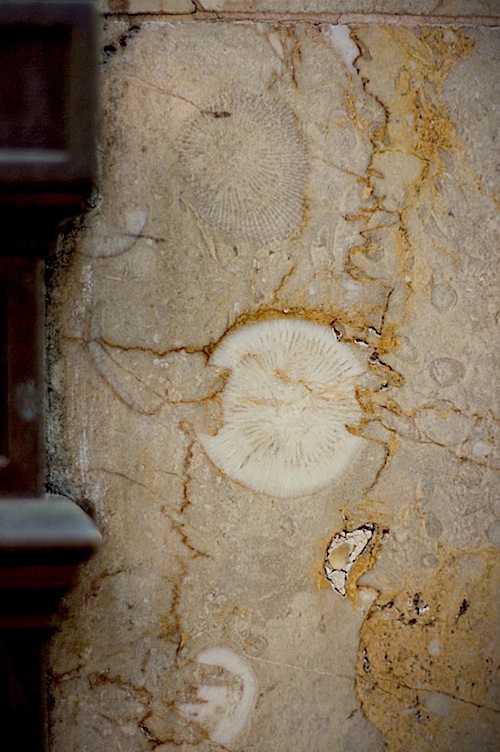 They have the therapeutic quality of perspective. You’ll feel better about the world when you’re in the handbag section of Macy’s, for instance, and while the frowning lady next to you is trying to figure out whether she wants to drop a thousand perfectly good dollars on that same goddam Louis Vuitton owned by every Mrs. Jones everygoddamwhere, you’ve got your nose pressed to the marble pillars, inspecting the remains of animals that flourished 450 million years ago.

Above are horn corals in the exterior of Saks Fifth Avenue; below, sea lilies in the framing around Tiffany’s display windows. Bottom: high on the west wall of 510 Fifth Avenue, a giant sea snail in what was once the lobby of the Manufacturers Hanover Trust (now a retail clothing store). 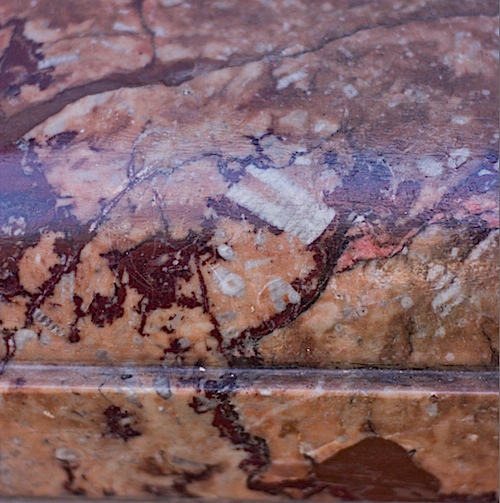 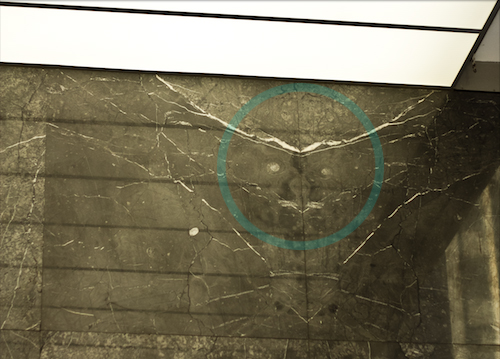 But the best fossils, for hiding-in-plain-sightness, might be the ones at the Rockefeller Center. The entire complex is clad in Indiana limestone. It just looks like a buff, sandy texture, nearly uniform except for a few interesting scars and what look like drag marks from the quarry. But get your nose close to pretty much any part of it, and you’ll see skeletons.

These animals flourished in a tropical sea that once covered the Midwest. You can find the same rock at the Empire State Building and the Met.